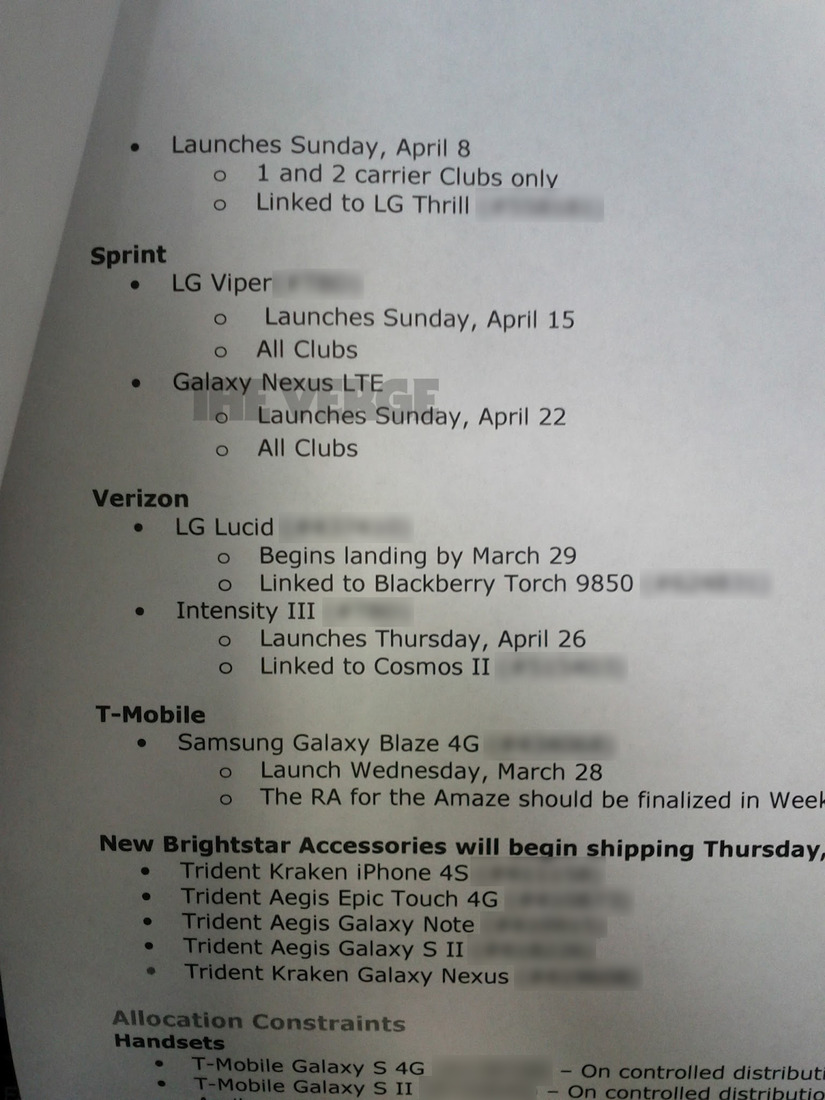 We’ve heard alot about the Samsung Galaxy Nexus. We know that the powerful phone (which won first in CrazRoid’s Top 3 Smartphones – April 2012) will be the first phone to use Sprint’s new 4G LTE networks which are said to be released mid-year,  and to be almost identical to Verizon’s rendition of  fthe device, except it will have Google Wallet support and is still rumored to run at 1.5GHz — a 300MHz bump over its GSM and Verizon LTE friends.

The leaked document also suggests Sprint will launch a phone known as the LG Viper LTE on April 15th (this isn’t the first time this was hinted). The Samsung Intensity III could land on Verizon Wireless on April 26th, too. Sprint is expected to unveil its version of the HTC One X, rumored to be called the EVO One, this Wednesday during a press event in New York City (check back CrazRoid, for coverage of the event). I wouldn’t mind seeing Sprint’s Samsung Galaxy Nexus but, as said earlier its not quite mid-year and if the phone is tied with Sprint’s LTE markets..