Last time I checked, Santa was very generous to iOS device owners this year while Android game discounts attempted to kick the bucket. Long story short – iOS got all of the discounted goodies as of now when compared to Android. There are a lot of interesting games that you can find in the Apple App Store with a huge price slash. I wish that I could have said the same for Google Play, however there is a selected amount on sale at the moment (so I’m happy).

List of discounted Android apps and games of December 2012

Thank goodness for Sega. For a limited time only, you can pickup any Sonic game from Sega from the Google Play Store for an affordable 99 cents (its original price tag was $6.99 if I remembered correctly). That includes Sonic CD, Sonic 4 Episode I, Sonic 4 Episode II, and Sonic 4 Episode II THD. The lite version of the games are still available for free. 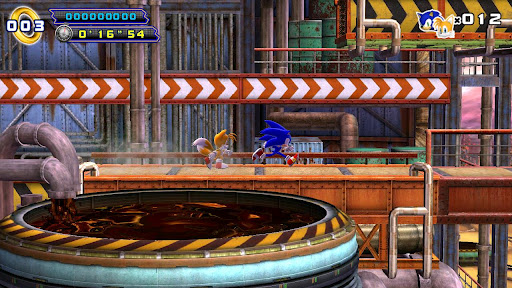 Rovio Mobile LTD is putting up all of their HD games for sale during the holidays. If you want to get rid of the advertisements from the free version of their games and taste a bit of high definition, then paying that 99 cents wouldn’t be a problem. The games up for sale are Angry Birds Space HD, Amazing Alex HD, Bad Piggies HD (this one is available for free), and Angry Birds Star Wars HD.

Asphalt 6 and 7 are priced at an affordable 99 cents price tag. This automatically makes me interested in purchasing this game over EA’s Need for Speed for Android which is priced around $6. Seeing that EA decided to drop the price tag of the game since Christmas is around the corner makes me reconsider. This is definitely a deal I’m not going to miss.

Plants vs Zombies 2 is right around the corner (don’t bite me if I got the name wrong), so having a price reduction for the original (game for Android) is not a bad idea to squeeze as many sales as possible after seeing that it’s an old game. The game was previously priced at $2.99, however most likely for a limited time period you can pick it up for $0.99.

Total War Battles looks like a nice game for Android to build, battle and avenge. The game is a real-time strategy game that was developed for touchscreen devices. The game was previously priced at $4.99, however you can get it for $1.99 from Google Play right now for a limited time only.

I remembered playing Super Monkey Ball on the GameCube. The game is fun and I’m sure its Android version will be no different. Sega also included this game in its big list of discounted apps for Christmas. You can get the game for $0.99 right now or you’ll have to pick it up for $2.99 after the Christmas sale.

Jet Set Radio is another game from Sega. The game is now available on Google Play for $1.99. Its previous price tag was $4.99 if you were wondering. The game requires 1.3 GB of storage space to take advantage of its high definition assets. The game is skate-boarding based and you have the ability to mark your turf, perform stunts and run from the police.

Dead Space is now available at Google Play with an 85% off discount. That’s right – you can purchase the game for a limited time only at $0.99 (it shows up for me as $0.95 Via an Android device and $0.99 Via a Windows 7’s desktop version of Google Play). If you were unaware, Dead Space is a popular third-person shooter game.

Previously priced at $2.99, Android device owners can get their copy of the Jelly Defense game from Google Play for $0.96. The sale ends on December 31st, 2012, so be quick about deciding if this game is for you. To help you with your decision, please view the embed video below.

Like Jelly Defense, Infinite Dreams will also be putting up their “let’s create” games for sale. The sale will last until December 31st, so be sure to pickup your copy of the game Via Google Play if the game sparkles an interest in you.

Don’t know what THD stands for in the title of the game? Please read the explanation about what THD is when included in the title of an Android application. Getting back on topic now, Zombies Driver THD which was recently priced at $6.99 can now be purchased for $1.75 straight from Google Play. NVIDIA Tegra Partners recently dropped the price of the app due to the release of a new update for the holidays. Take advantage of the offer if zombies and cars interest you.

Ever since Square Enix began releasing games for the Android mobile operating system, it was rare to see one of their games listed for sale. This year it’s different. The games below by Square Enix are the ones that you can purchase at a reduced price for the holidays.

Blood of the Zombies is another zombie-based game on sale for the holidays. Right now, you can pick the game up for an affordable $0.82 from the Google Play Store. View some of the game’s gameplay below from the video and see what everyone is talking about.

I will try my best to update this list with new Android games that goes on sale in December 2012.
Last updated: December 21st, 2012.