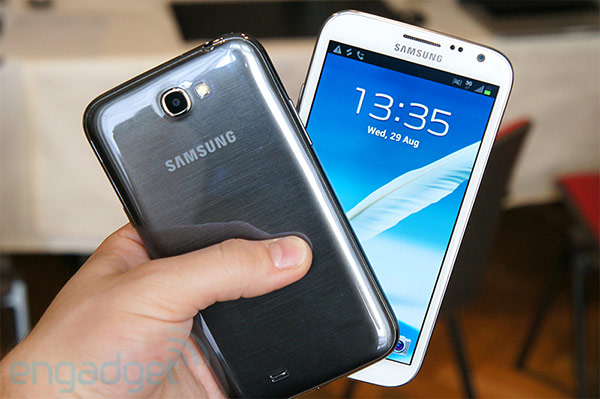 A mystery tablet has been benchmarked over at GLBenchmark. It goes by the product code GT-N5100, and was previously spotted at the DLNA (Digital Living Network Alliance, a trade body that makes sure products play nice with each other).

So what of the new Note? Well the tablet — which I’d wager would be called the Galaxy Note 7.7, going on past naming conventions — has a screen resolution of 1,280×800-pixels. If the screen is indeed 7.7-inches across, that’d give it a pixels per inch count of 196. Which isn’t Retina display territory, but isn’t too shabby.

Inside is a quad-core 1.6GHz processor, and it’ll run Android 4.1.2, which will be replaced by Android 4.2 when the device launches. Which is good news for fans of Jelly Bean.

I think we can expect an announcement at CES in January, or at the latest, Mobile World Congress at the end of February.

Samsung has launched an all-out assault on the sizes, with devices ranging from the original5.3-inch Galaxy Note up to the Galaxy Tab 2 10.1 and Galaxy Note 10.1. Many (myself included) thought this would be way too confusing for consumers, but it seems to be working. Of course Samsung is a very well-known brand thanks to its handsets flying off the shelves, which must help drive sales of its tablets. Its Galaxy S3 has shipped 30 million units, after all.