So you dislike small screen tablets but want one that isn’t priced too high, right? Good specifications, low price and the latest version of Android sounds like a pricey tablet to me, but don’t look down yet. Velocity has two new cheap tablets that might fit your budget while satisfying your needs and today I’m going to talk about ’em. Now, they don’t actually have the latest version of Android to say, however they both run on Android 4.1 Jelly Bean out of the box.

The company recently revealed their Velocity Micro Cruz D610 and Cruz Q610 tablets. The difference in the names of the tablets is the capital letter before the numbers so don’t mistake one for the other. The Cruz D610 will cost you $199 which is the same price someone can pickup the Nexus 7 for. On the other hand, the Cruz Q610 starts at $249 and is available in 3 internal storage models which are 16GB, 32GB and 64GB. 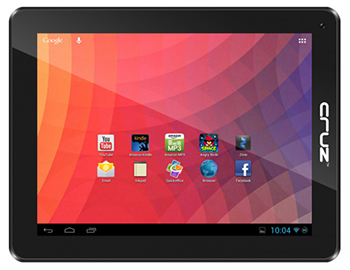 Both tablets were said to be available in the first quarter of this year (I’m not talking about the Cruz Q610’s 32 or 64 GB models) so if you’re thinking about getting either of these tablets, you should stock up on those pennies right away and see if you have a budget for one when the time comes.